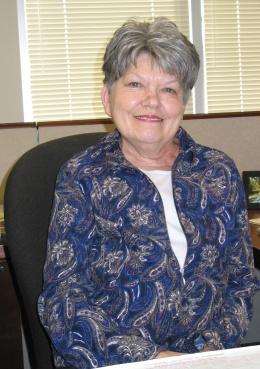 New Year's Eve is going to be a big day for one Woodbury resident.

Virginia Campbell is retiring from Regions Bank on Dec. 31, 2012.

"I've worked 48 years for the same organization, beginning with the Bank of Commerce, later with Union Planters Bank and now Regions and now it's time to go," Virginia smiled.

All of those banks have occupied the same building at 200 Water St. in Woodbury. Bank customers and the public are invited to come enjoy cake and punch and to say goodbye to Virginia  from 8:30 a.m. to 2 p.m. on Dec. 31.

"She's been a pillar of the community right at this bank. She will truly be missed," said Eddie Sikes, bank president.

When Virginia first joined the bank's staff it was 1964. "It was a different time and a different way of doing business.

"I've witnessed a lot of changes and a lot of people during those years," she said.

For starters, the bank was open on Saturday and it wasn't uncommon to see customers crowded on the couches near the bank's entrance.

Banker Bill Smith met her at the front door on that first day of her banking career. Frank Adams was bank president in those days.

"A lot of people came through the bank's doors…oodles of them. I've met lots of people, customers, whom I love. There have been great co-workers too," she said.

During those 48 years, there have been only five bank presidents beginning with Adams and Bill Smith, followed by Steve Smith, Debbie Vaughn and Eddie Sikes. "They were all good and wonderful to work for," Virginia said.

"I'm going to miss the people and the everyday customers,” she confessed.

Her co-workers, like Sandra Walker, are among those who will miss Mrs. Campbell the most.

"She always cares about her customers and has been a very good friend over the years," Mrs. Walker said. "She will be greatly missed by all."

Mrs. Campbell plans to keep busy, but doesn't have any specific plans except spending time with her children and grandchildren.

And she intends to spend time with her three sisters, including taking some day trips. "We never had time to do that before," she said.

Catching up on her reading is important too along with getting some leisurely yard work done as well.

“Getting out of the routine is going to be hard, but I will do Ok,” she said.