Arrest Made In Robbery Of Fireworks Stand 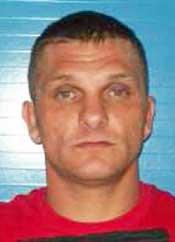 NEAL
A Cannon County man has been arrested by the Sheriff’s Department and charged with the robbery of a fireworks stand at Parsley’s Market at the corner of Bradyville Road and John Bragg Highway on Saturday, July 4th.

Sheriff Billy Nichols told the Courier that Clarence and Valeria Jones along with several customers were inside their large fireworks tent when a lone gunman entered at approximately 10:00 P.M.

“The gunman fired a shot into the roof and ordered everyone to the ground,” said Sheriff Nichols. “The gunman then stole two boxes of money and fled on foot.”

According to Sheriff’s Investigator Charlie Wilder, Donald Ray Neal, 33, of 2273 Frazier Road in Beechgrove was charged with one count of Aggravated Robbery in connection with the incident.

“We had developed Mr. Neal as a suspect in our investigation and were able to tie him to the robbery and ultimately make an arrest,” said Wilder.

Neal’s bond was set at $150,000 and a General Sessions court date was set for Tuesday, August 4 before Sessions Judge Susan Melton. He remains in the the Cannon County Jail.