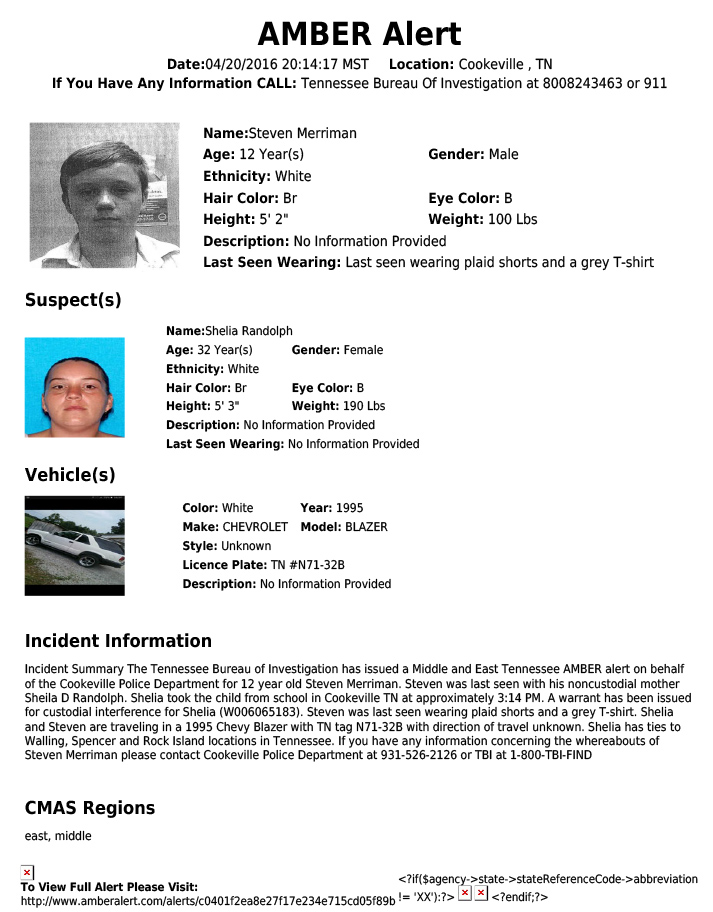 UPDATE: Sheila is believed to be accompanied by a 39 year-old, white male with brown hair and hazel eyes, approximately 6'0 tall and weighing approximately 200lbs. The Tennessee Bureau of Investigation has issued a Middle and East Tennessee AMBER alert on behalf of the Cookeville Police Department for 12 year old Steven Merriman.

Steven was last seen with his noncustodial mother Sheila D Randolph. Shelia took the child from school in Cookeville TN at approximately 3:14 PM. A warrant has been issued for custodial interference for Shelia (W006065183). Steven was last seen wearing plaid shorts and a grey T-shirt. Shelia and Steven are traveling in a 1995 Chevy Blazer with TN tag N71-32B with direction of travel unknown. Shelia has ties to Walling, Spencer and Rock Island locations in Tennessee.