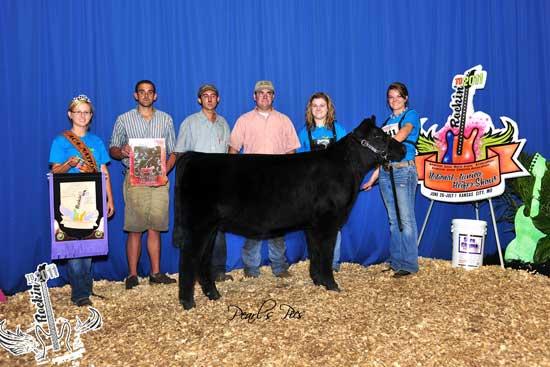 Participating in the intermediate division, Higgins placed second in the speech contest, 8th in the stockman’s contest and was a member of the 2nd place intermediate quiz bowl team.

“Rockin’ to 2011” the 2011 NJHS, kicked off June 26 and concluded July 1, 2011. The show was held in conjunction with the Maine-Anjou and Charolais associations at the American Royal Facility in the heart of Kansas City, Mo., and had a great turnout of 181 Chianina juniors and 221 head of Chi and Chi-influenced cattle from 22 states. Dave Allen of Schulenburg, Texas, was the judge.