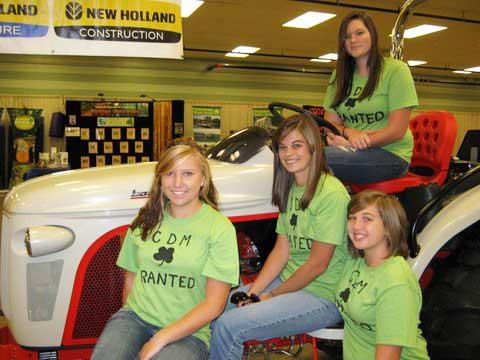 The 4-H Consumer Decision Making Team competed in the Central Region Contest on Monday during the State Fair.

The team consisted of Shelby Lovvorn, Brette Motlow, Lindsey Ozlanski and Katelyn Ferrell.  The team studied consumer goods and products to prepare for the contest.

At the contest they are given a scenario and four items to rank best to worst choice for that scenario.  This year’s contest included backpacks, vitamins, athletic nutrition, and MP3 players.

The Cannon County team placed eighth in the contest with Katelyn Ferrell placing third high individual out of 52 participants.