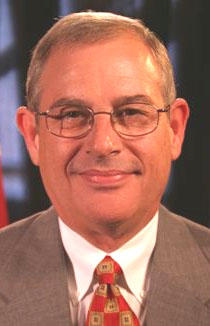 “General Whitesell has dedicated his professional career to serving others and seeking justice,” said James W. “Wally” Kirby, executive director of TNDAGC. “It was an honor to present him with this year’s McCutchen Award. He has worked tirelessly to make the communities in his jurisdiction safer. His devotion to duty and commitment to justice are clear, and this award is very well-deserved.”

Whitesell served as president of the TNDAGC in 2004. He served as chairman of the TNDAGC Legislative Committee in 2003 and 2006 and led the organization’s successful push to add a significant number of assistant district attorneys throughout the state’s 31 judicial districts.

Whitesell has served as chairman of the Tennessee Judicial Evaluation Commission, as vice-chairman and member of the board of directors of the Rutherford County Child Advocacy Center, and is a member of the National District Attorneys Association. He is a native of Marshall County, Tenn., and a graduate of the University of Tennessee and of Memphis State University Law School. General Whitesell is married to Lucy Womack Whitesell. He is the parent of two children and one grandchild.

The McCutchen Award, named for General Patrick H. McCutchen, a legendary and beloved leader among Tennessee district attorneys, is presented annually by the TNDAGC to those who exemplify the goals and ideals of the organization, and who consistently work to improve the quality of justice in the state of Tennessee.