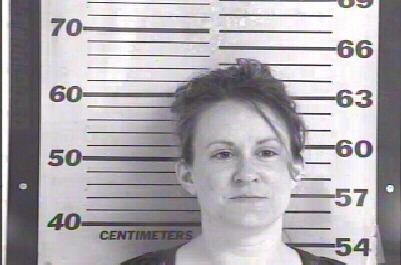 JILL JONES
NASHVILLE – A Warren County woman is charged with TennCare fraud in a Cannon County indictment alleging she was “doctor shopping,” or using TennCare healthcare insurance benefits to go to multiple doctors in a short time period to obtain prescriptions for a controlled substance.

The Office of Inspector General (OIG) with assistance from the Cannon County Sheriff today announced the arrest of Jill M. Jones, 36, of McMinnville.  She is charged with three counts of fraudulently using TennCare to obtain a controlled substance by doctor shopping and prescription forgery.

The charges say Jones went to multiple doctors in a 30-day period, receiving prescriptions for the strong painkiller Hydrocodone, with the physician office visits and the prescriptions being paid for by TennCare.  She was also charged with TennCare fraud and identity theft for pretending to be a doctor’s office and calling in a prescription for herself for the painkiller Tramadol, using the name and federal drug control number of a medical provider.  She used TennCare to pay for the drugs.

"The fraudulent misuse of TennCare benefits is a serious issue but Tennessee is out front in cracking down on these types of fraud crimes," Inspector General Deborah Y. Faulkner said. “Health care providers and their employees have become very good at spotting these cases and they are as committed as we are at stopping this crime.”