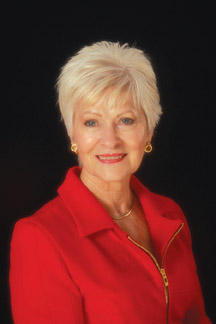 United Way is expanding its reach into Cannon County with the addition of a part-time staff member.

In addition to her office at the Senior Center, she can be reached by phone at 615-904-4117 or by email at faye.knox@uwrutherfordcounty.org.

Stepping into her new job in the middle of 2013, "I will be in education mode," Northcutt-Knox said.
She will also be spreading the message of the non-profit United Way which helps fund, this far, four community-wide efforts in Cannon County.

Leading the pack is the Cannon County Senior Center, a partner agency with the United Way that received $30,500 in funding during 2012.

Funds also go to the Cannon County 4-H program, the Court Advocacy and Domestic Violence Education Programs of Cannon County SAVE, the We Care Cannon program of Youth Dreams and the Food Backpack program of Woodbury United Methodist Church.

However, UW invested a total of $52,572 in the Woodbury area, reflecting a 183.03 percent return on the locally-raised funds.

Much of Northcutt-Knox's new job will be initially supplying specifics on how UW funds are used in Cannon County. The funds don't go for administrative costs, but instead pay for actual services.

Funds also go to the Cannon County 4-H program, the Court Advocacy and Domestic Violence Education Programs of Cannon County SAVE, the We Care Cannon program of Youth Dreams and the Food Backpack program of Woodbury United Methodist Church.

"People in Cannon County are very serious about donating, but they need to know how the money is being spent locally," she said.

Faye comes to United Way most recently from @Home Care where she served as the Director of Operations/Marketing Outreach liaison. Faye's previous experience also includes serving as an Account Executive for Alive Hospice; working as the Special Events Assistant to the U.S. Ambassador in Lima, Peru; serving as Director of Marketing and Communication/Physician Recruitment at Columbia Southern Tennessee Medical Center; working as Marketing Manager for the Nashville City Club; and serving as an assistant to both Tennessee House Speaker Ned Ray McWherter and U.S. Congressman Bill Boner.