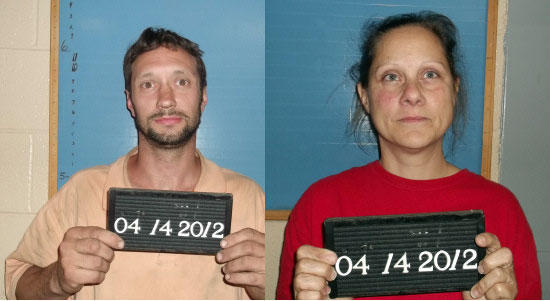 Cannon County Sheriff’s Deputy Mike Smith was dispatched to 141 Hollow Springs Roadon April 14. Upon arrival he was informed by two witnesses that they observed a man identified as Travis Payne Pinkerton remove a barbeque grill and trailer from the back porch of the residence and place it into the back of a truck.

That witness approached Pinkerton and was told by him that he was going camping and had permission to take the grill and trailer.

Another witness said he was walking his dog and he saw Pinkerton moving the grill and was told by Pinkerton he had permission.

Deputy Smith spoke with a property owner by phone and was told no one had permission to be on the property or to remove any items.

They are both scheduled to appear in Cannon County General Sessions Courton May 1.
Read more from:
CANNON CRIME
Tags:
None
Share: