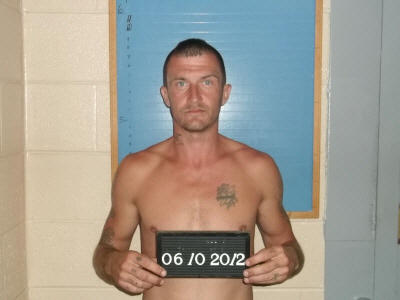 • Johnny Wayne Wilson, 336 Thurston Young Road, Bradyville, was served warrants on June 10 charging him with Theft Over $1,000 and Failure to Make Immediate Notice of an Accident. Wilson allegedly stole a 2001 Hyundai Accent in September 2010 and while it was in his possession he was involved in a property damage accident. He collided with a fence and a telephone pole in the 5400 block of Hollow Springs Rd. and failed to notify police. Bond was set at $10,500. Initial court date is July 10.

• Hunter Cotey Briley, 6749 Dug Hollow Rd., Bradyville, was charged with Leaving the Scene of a Property Damage Accident and with Failure to Make Immediate Notice of an Accident on June 15 by Cannon County Sheriff’s Deputy Steve McMillen. Briley was the driver of a vehicle which was allegedly involved in a one-car accident on Cove Hill Rd. on or about June 12. The accident caused an estimated $700 in damage to a mailbox. He did not notify law enforcement of the accident. He was summoned to appear in court on July 10.

• Trinity Shane Ruth, 228 Valley View Dr. Woodbury, was charged with Leaving the Scene of an Accident on June 11 by Woodbury Patrolman Patrick Fann. Ruth allegedly struck another vehicle in the parking lot of Dollar Market. A release citation was issued. Initial court date is July 17.