Tennessee Samplers To Be On Display At Arts Center 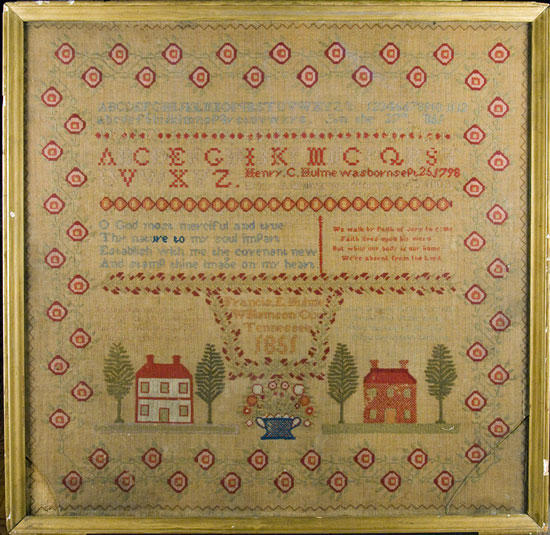 The Arts Center of Cannon County and The Tennessee Sampler Survey are pleased to announce the opening of the TRAVELING EXHIBIT OF TENNESSEE EMBROIDERY SAMPLERS.

Middle Tennessee was a center for female education in the 19th century. Young women from all over the country sought out a classical education here. Besides learning music, poetry, orthography (spelling), and moral religion, needlework was a major part of their studies. The greatest legacy of their work is in the fine needlework samplers that remain today. Many of which have been passed down through family members.

This exhibit is funded in part by the Tennessee Arts Commission, CBRL Group Foundation, and the LifeWorks Foundation.

Print
Members Opinions:
efisk
[Delete]
It is great to know that the Arts Center is more than just putting on performances. As a Graphic Designer I feel this is a worth while field trip for our students in this county, especially art students.