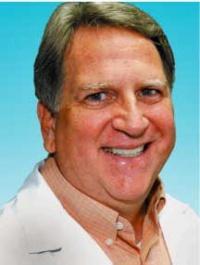 At least that is what the headline read last week reporting on a survey taken that exposed the exercise habits of residents of all 50 states.

According to the survey results, only 51.8 percent of Tennesseans reported getting more than 150 minutes of moderate to intense physical activity per week. (The national average was 64.5 percent and the highest ranked state, Vermont reported 73.3 percent)

My wife showed me the news story. She is not from our great state and she was smirking when she handed it to me.

I immediately began to defend my home state.

"There could be many reasons the numbers show Tennessee ranks lowest in physical activity. Maybe the people in Tennessee are just more honest than other states and are willing to admit we are serious couch potatoes. Or… perhaps more likely, the Tennesseans being surveyed didn't understand the question."

I realized that neither excuse improved our position, so I simply let it go.

The facts are in: I am not the only lazy person in Tennessee.

I did notice that most of the other states with low ratings (Alabama, Kentucky, Louisiana, Mississippi and North Carolina) were generally considered warmer states (all in the Southeast), while the higher-ranking states are considerably colder (Alaska, Colorado, Maine, Montana, New Hampshire, Oregon, Utah, Vermont and Wisconsin).

Perhaps cultural or climatic factors are primarily responsible for the shift.

Maybe if all those folks moved here they would spend more time sitting in the shade too.

The report originated from the Centers for Disease Control (CDC).

Other studies have shown that our fair state has a disproportionate number of people that are obese (No. 2 in the U. S.), diabetes rates are higher (No. 5), and that we take more prescription drugs than other states (No. 2, down from No. 1).

The data from the survey is not welcome, but it may serve to help us realize that we need to make some changes for our own good.

According to the data, the teens in grades 9-12 in Tennessee indicated an activity rate of 24.3 percent.

While this is less than half the rate reported by adults, it beats Alaska and Utah who reported youth activity rates at 19 percent.

Interestingly, Alaska and Utah were near the highest reporting adult rates.

These data suggest that people in the Southeast appear to be considerably more inactive than states where the weather is warmer, with Georgia being a notable exception, reporting an activity level of more than 66 percent.

The numbers also suggest that teens are more than twice as likely to be inactive than adults.

The diversity among the states did not truly surprise me a great deal.

I have lived in the South for most of my life, with a few years spent in the Midwest. We are more prone to be inactive than people that live in other areas.

The researchers may have even noticed we talk slower too!

I doubt anyone was surprised that teens are less active than adults.

Has anyone actually seen a teen in motion lately? I would be interested to see this data compared to a similar survey 20 or 30 years ago.

I am surprised to see that Tennessee actually ranked the lowest, though.

I would have guessed that there would be several states ranked lower.

Although there are some cultural and perhaps other factors that can be considered that may explain some of the findings, the overall results are very disappointing.

Knowing that activity level is related to overall health and well being, it is another warning that we may be headed for a health care disaster.

Many chronic health conditions such as obesity, heart disease, liver disease, lipid disorders (high cholesterol), digestive disorders, high blood pressure, as well as emotional and mental issues could be helped or possibly prevented by increasing our level of physical activity.

I hope we see some more positive headlines about our great state soon.

Print
Members Opinions:
Bill12
[Delete]
Dr, Mark:
Could these results have been influenced by an influx of immigrants from our Northern neighbor states? They could very well be spending their time under the shade trees ,while filling out their survey.
It is food for thought,make that a super-size. Bill
[Delete]
Look at the food options available.. Fast food is easy to find and relatively cheap. Foods loaded with fat, sugar and cholesterol are what are popular. People also drive everywhere as riding a bike or walking is hazardous to your health when you get run over by vehicles or bitten by unchained pets.