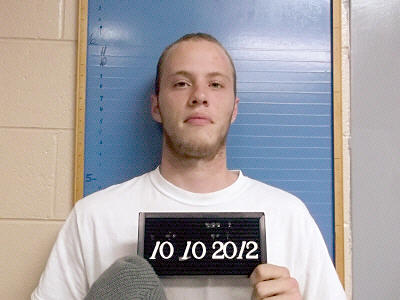 A 22-year-old Cannon County man has been charged with the arson of Ivy Bluff Methodist Church.

“My heart is broken that is not the news I wanted to hear,” said Pastor Danny Freeman. “I am deeply, deeply saddened by that.”

Freeman said he was informed early Thursday morning by Investigator Young. “We really appreciate the tireless work by the Sheriff’s Department and the state investigators.”

“The investigation is still ongoing at this time,” Sheriff Young said.

Until the structure can be rebuilt the church will meet at nearbyWoodlandElementary School.

The church building was a total loss. It was insured and will be rebuilt.

“It’s going to be really missed,” Freeman said. “It was a symbol of grace in this community.”

Response to the fire was immediate and widespread, the pastor said. More than nine area churches volunteered space for services.

“We will rebuild in the near future, but there is no replacing the beauty of the church that dated back to 1948. It was so beautiful inside…it is a great loss,” Freeman said.

The sanctuary of the brick church was filled with detailed wood working that had been crafted by church members when the structure was built.

"The wooden architecture was gorgeous and beautiful. It was handmade, they made everything,” he said.  “It was beautiful inside and it’s a great loss, but it’s also just a building. The church is really the people who belong to it.”

Freeman said church members came by the burnt church the day of the early morning fire.

A brief  prayer service was held on the church grounds on Monday night to mourn the loss of the building.