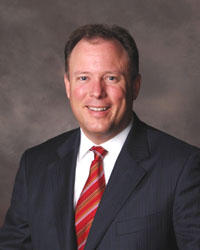 Prior to his return to Middle Tennessee, Little had spent 5 years serving as Vice President of Financial Operations at Vanguard Health Systems in Arizona. While there, he also served as the Chief Financial Officer for Arrowhead Hospital and Medical Center in Glendale, AZ. Little was awarded the Western Region CFO of the Year during that time.

Little is a native of Smithville. He obtained his B.S. degree in Business Administration from Tennessee Technological University in Cookeville. Bill and his wife, Kelly, are the proud parents of three daughters, Marcey, Madalyn, and Meridith.