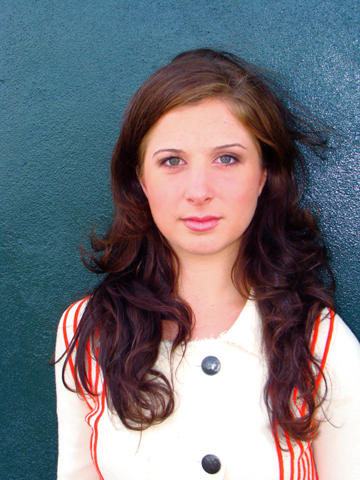 Jenny Beth Snyder, whose mom Melinda is a Cannon County native, was been chosen by the New York City Fringe Festival to direct the critically acclaimed "Slaughterhouse Five" based on the novel by Kurt Vonnegut and adapted for the stage by Daria Tavana.  Snyder is resident director for the True False Theater understudy residency program, which is producing "Slaughterhouse Five".

The New York Fringe Festival is the largest multi-arts festival in North America with theater companies from all over the world performing for sixteen days in 20 venues.  The Fringe NYC will celebrate its 17th anniversary August 9-25.

Slaughterhouse Five sold out all performances during the regular run of the Fringe Festival. Because of its success, the show has been chosen as a part of "Fringe Encore" for an extended run in a larger venue beginning in October 2013.

The play has been reviewed by more than a dozen publications including The New York Times who wrote "The opening night packed house greeted scenes with the kind of laughter that signifies recognition of friend….the play is cleverly staged".

J. K. Clarke " of Theater Pizazz wrote "Writer Daria Tavana and Director Jenny Beth Snyder do a very effective job of transitioning this complex and sometimes troubling story to an equally impressive stage presentation without losing the heart and soul of the original. No easy feat and a commendable one at that.

Doran Saul of Stage Buddy commented "More than anything, "Slaughterhouse-Five," paid beautiful homage to one of the most beloved 20th Century American novels. Hilarious, disheartening, dramatic and sensual, the play succeeded where countless others would fail due to its pure immersion and loyalty to the source material. Director Jenny Beth Snyder has pulled off a coup and should be praised infinitely, in all moments as they coexist simultaneously".

Ms Snyder was also chosen to participate in the Lincoln Center Directors' Lab this summer.  The Lincoln Center Directors' lab is a developmental program for nurturing directors from around the country and around the world.  It is a series of workshops, readings, rehearsals, investigations, roundtable discussions and studio productions to provide young directors with an intensive study of their craft while fostering collaborative relationships among a peer community of artists.

The Lincoln Center Directors Lab is geared toward young professional directors that are currently working in the field.  Twenty seven countries were represented at the Directors' Lab this summer.

Jenny Beth is the daughter of Melinda Burger Snyder, originally from Woodbury, a 1972 graduate of Cannon County High School and married to Chuck Snyder, both of whom live in Brentwood Tennessee.

Jenny Beth received her early education from Scales Elementary and Brentwood Middle schools.  She graduated from Brentwood High School in 2004.  In the fall of 2004 she was accepted into the Tisch School of the Arts Playwright's Horizon Theater School  at New York University where she received her Bachelor of Fine Arts degree in theater in 2008.   In 2010, she directed Ayn Rand's "Ideal" for a production in America's Off-Broadway Festival. She has produced, directed, choreographed and acted in a wide variety of theatrical productions since graduating from NYU's Tisch School.

Jenny Beth is co-founder of Fresh Ground Pepper NYC which is a theater production company in New York.  Fresh Ground Pepper develops a monthly event series for the development of emerging art.  Over the last 5 years, the company has provided a forum for artists of all mediums to experiment, collaborate and grow within a supportive community. FGPNYC recently received 501c3 status designating it as a not-for-profit charitable organization.

FGPNYC is also known for creating and producing "The Toobies" an annual celebration of the year's best online videos with an Oscar style event.