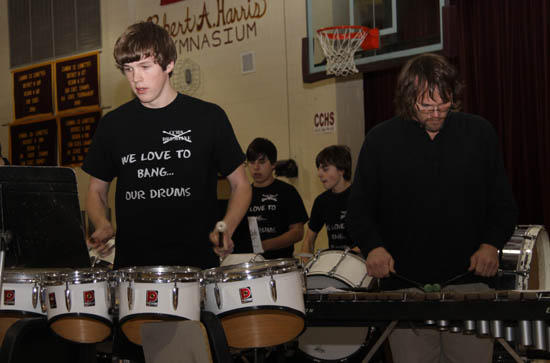 The CCHS drumline plays alongside band director Steven Porter (right)
Music and art took center stage at Cannon County High School Tuesday. Pieces from schools all over the county were on display in the Robert Harris Gymnasium throughout the day for the public to enjoy.

A number of visual art works were on display from different mediums including clay, painting, drawing, and graphic design.