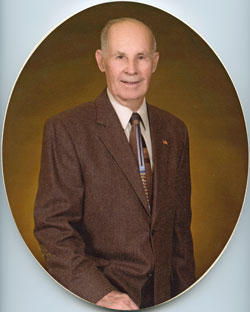 Samuel W. McGee, age 87 died Saturday, January 7, 2012. A native of Cannon County, Mr. McGee was the son of the late Robert “Bob” and Mary Nokes McGee. He is also preceded in death by his brother-in-law Elvie “Jr.” Keith.

Mr. McGee served in the US Army Company B, 37th Infantry Battalion. Later, he retired from the Road and Bridge Construction Industry where he was employed by Brinkley, McDowell-Saltsman, Rogers-Saltsman and in later years was co-owner of McGee-Litton Construction. He was a 44 year member of Rural Hill Church of Christ.  During his retirement, Mr. McGee enjoyed being active outdoors gardening, farming and had a local lawn mowing business. He enjoyed spending time with his family and spoiling his grandchildren.

Memorials may be made to the American Heart Association, American Cancer Society, or Alive Hospice in memory of Mr. McGee.