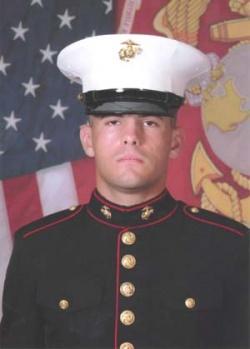 They performed close order drill and operated as a small infantry unit during field training. Josh also received instructions on the Marine Corps' core values - honor, courage and commitment, and what the words mean in guiding personal and profession conduct.

Josh and fellow recruits ended the training phase with the Crucible, a 54 hour team effort and problem solving evolution.

Josh is a 2009 graduate of Cannon County High School.

Print
Members Opinions:
[Delete]
The Give Back Ranch wants to congratulate Joshua on this wonderful achievement! Our country needs more brave individuals like him! Thank you Joshua for your hard work and dedication! Visit our website (www.thegivebackranch.org)and tell us about your training! Mike & Stormi