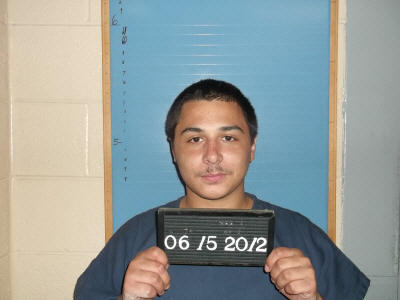 Justin P. Richardson, 325 Powell St., Woodbury, was charged with Driving While License Revoked, Violation of the Helmet Law and Violation of the Registration Law on June 15 by Cannon County Sheriff’s Deputy Travis Turney.

The deputy was patrolling on Jim Cummings Hwy. when he observed a moped traveling south. The person driving the moped was driving in the middle of the roadway, impeding traffic, and was not wearing a helmet.

Once the moped was stopped it was learned the driver, Richardson, did not have a valid driver’s license. It was revoked for DUI. It was later learned through a joint investigation with the Woodbury Police Dept. that Richardson was driving the moped without permission. It had been reported as missing.

Richardson, along with William Ross Prater, also of 325 Powell St., were both charged with Huffing Inhalants on June 16 by Woodbury Patrolman John Fesmire.

Officer Fesmire went there after receiving a report of possible illegal activity. He could smell the odor of an inhalant. He also found two soaked rags and a can of Toluene.

Court date in that case for both men is Aug. 28.