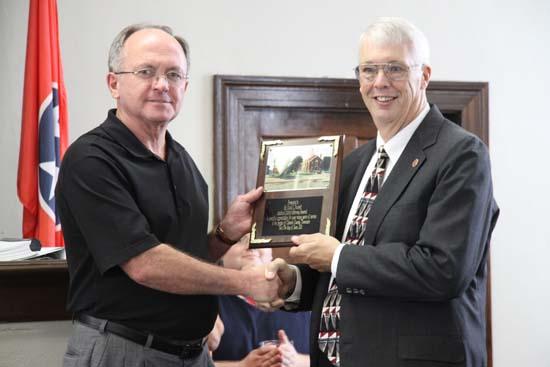 Assistant District Attorney General David Puckett, right, receives a plaque from Cannon County Executive Mike Gannon during a recent event at the Cannon County Courthouse. Puckett is retiring at the end of this month after four decades of service in the legal and law enforcement professions, and to the Middle Tennessee community, including Cannon, Rutherford and Williamson counties. Scores of colleagues, associates and friends attended the retirement ceremony at the courthouse. The new Assistant DA for Cannon County will be Trevor Lynch of Woodbury. Nathan Nichols of Woodbury, who has worked in the Cannon County Circuit Court Clerk's Office for the last 10 years, will be going to work at the Attorney General's Office in Murfreesboro in early July as an assistant DA.
Read more from:
CANNON COMMUNITY
Tags:
None
Share: