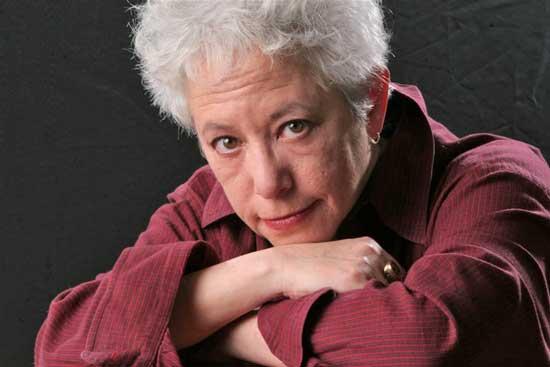 JANIS IAN
Who are the great songwriters in America today?

Not the most popular. Not the richest. Simply the greats.

Ask any student of the form and Janis Ian will be counted among them.

Janis’s most successful single was “At Seventeen,” released in 1975, a bittersweet commentary on adolescent cruelty and teenage angst.

“At Seventeen” received acclaim from record buyers and critics and won the 1975 Grammy for Best Female Pop Vocal performance, beating out the likes of Linda Ronstadt, Olivia Newton-John and Helen Reddy.

Ian performed “At Seventeen” as a musical guest on the very first episode of Saturday Night Live in October of 1975. “At Seventeen” is now reaching its third generation of listeners.

Many other artists have recorded Ian’s compositions, most notably Roberta Flack, who had a hit in 1973 with Ian’s song “Jesse” (also recorded by Joan Baez).

Seventeen albums and an impressive collection of Grammy Awards and nominations later, Janis’s songs continue to attract the world’s great artists to her powerful lyrics and melodies. Her following is world-wide. In addition to a heavy touring schedule and charity projects, she continues writing songs and a monthly column for "Performing Songwriter Magazine."

The Arts Center of Cannon County is pleased to present Janis Ian on stage, Thursday, November 18. You won’t want to miss this icon of American Folk Music in a truly a “not to be missed event. Janis Ian is part of Coach Micheal Burt Concert Series.

This will be Ian's second appearance at the Arts Center,

"I played the Arts Center just once before, and it was a revelation," Ian said. I had no idea there was anything like it, so close to home. (I live in Nashville.) The exhibits were fantastic - and the cafeteria food (we had ribs) was as good as it gets.  The theater itself is charming, great acoustics, lights and sound were
wonderful.  I liked it enough that I requested my agents book me back there as soon as possible.

There have been a lot of new things happening with Janis since her last appearance in the area. Penguin Press, the publisher of Janis' "Society's Child - My Autobiography,"  released her book in paperback the first week of September, 2009. As if this weren't exciting for Janis, simultaneously, Sony Records  released her 2-disc CD, "Essential Janis Ian" to go side-by-side with the autobiography and containing all the songs referenced in it plus never-before released cuts.

"Ian's journey is really a series of milestones. She made her recording debut at the age of 15 in 1966 with "Society's Child," a Top 40 single about interracial teen dating that many radio stations wouldn't touch. Her classic, Grammy-winning "At Seventeen" was the first song ever performed on
Saturday Night Live and still remains one of the most astute, heartfelt tales of outsider angst and growing up ever written (listen for it in Mean Girls).

Last year, 15 years after Ian came out on her album Breaking Silence, "At Seventeen" was inducted into the Grammy Hall of Fame. In September, Columbia/Legacy released The Essential Janis Ian, a two-disc anthology spanning Ian's four-decade-long career and coinciding with her U.S. tour and the paperback release of her book, Society's Child: My Autobiography. " (from OUT Magazine December 2009)

Ian is a formidable talent, a force of nature. Ella Fitzgerald called her "The best young singer in America". Chet Atkins said "Singer? You ought to hear that girl play guitar; she gives me a run for my money!" Reviewers have called her live performances "overwhelming to the spirit and soul", and "drenched with such passion, the audience feels they've been swept up in a hurricane."