One Arrest Made In Meth Case 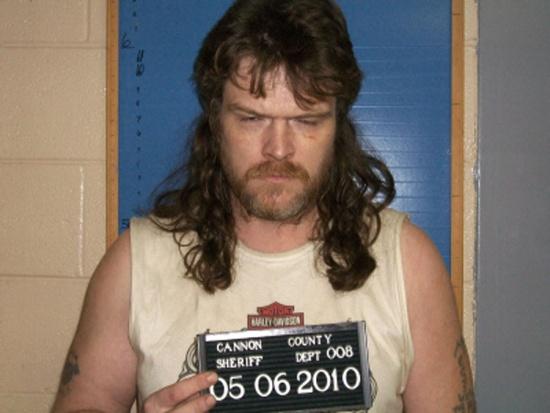 Milton G. Taylor
A routine home visit by Tennessee BOPP (Board of Probation and Parole) officers revealed a “shake and bake” meth lab on Jim Town Road Thursday afternoon May 6.

Milton G. Taylor, Jr. 41, of 799 Jim Town Road, Woodbury was charged by Sheriff’s Investigator Charlie Wilder with Maintaining a Dwelling for the Use/Keep/Resale of a Controlled Substance. Bond was set at $40,000 by a Judicial Commissioner. Taylor will appear in General Session Court before Judge Susan Melton on Tuesday, June 22, 2010 to answer the charges.

“The BOPP conducts routine home visits and the sheriff’s department accompanies them,” said Sheriff’s Investigator Charlie Wilder. “During this visit and search of the residence a small quantity of drugs was found. In an adjacent shed next to the residence the officers found ammonia, lye, lithium batteries, plastic tubing and other items consistent in the manufacture of methamphetamine.”

BOPP officers called the Department of Children’s Service and informed them that there were children in the home where drug activity was found.

After the search of the premises, labeling and removing the items for evidence purposes used in the drug activity, officers transported Milton and Cynthia Taylor to the Cannon County Jail. Ms. Taylor was later transferred to Stones River Hospital for treatment and released from custody.

Investigator Wilder stated the case is still under investigation and other individuals are expected to be interviewed and face possible charges.

Print
Members Opinions:
julie.r0cks
[Delete]
good!
vdarr1
[Delete]
Meth destroys!!! These two people need to take the time and energy to devote to the little children in their lives. It is apparent that the only thought they have is ME ME!!