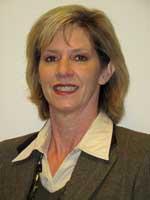 Williams comes to United Way with a background in business and resource management, with professional experience in banking and contracts and will work primarily in the area of finance. She received her B.A. in Management and Human Relations from Trevecca Nazarene University.

Holden has 13 years of experience with the United Way of Rutherford and Cannon Counties. Her background with United Way includes finance, campaign, and allocations.

“The combination of Williams’ background in finance and business administration and Holden’s in-depth knowledge of United Way history and policies builds a strong team of support for all our departments,” said Brian Hercules, President and CEO of United Way of Rutherford and Cannon Counties.

Smith, who became involved with United Way over three years ago as a volunteer, earned a degree from MTSU in social work and completed her internship with United Way. She has already established Success by Six collaborations with Read to Succeed and Spring Valley Learning Center.

“Jennifer was a natural fit for United Way given her experience with this organization and we are excited to have her join us in this new role,” said Hercules.

The United Way and its 45 partner agencies and programs work to advance the common good in Rutherford and Cannon counties by focusing on the essentials for building a strong community: education, income and health. The United Way of Rutherford and Cannon Counties is located at 615 Memorial Boulevard, Suite 200 in Murfreesboro. For more information on how you can better your community by choosing to Live United, please call (615) 893-7303 or visit www.uwrutherford.org