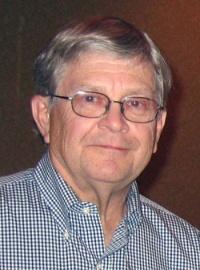 Historian and author Jack Masters will be the featured speaker at the May 10 meeting of the Cannon County Historical Society.

Masters will give a presentation on the second in a series of books on the Cumberland Settlements. Volume II, entitled “Thoroughfare For Freedom” is the story of where we came from, how we got here, the land we settled and the society we created. While many pioneers planted deep roots in the Cumberland River Valley the majority continued to West Tennessee, down the Natchez Trace to Alabama, Mississippi and Louisiana, to Arkansas and Texas and ultimately to California and the west coast.

A slide show presentation planned by Masters at the May meeting of the Historical Society will include the basics on North Carolina Land Grants given as payment for services to North Carolina. Masters will show samples and discuss how Land Grants are placed on today’s maps. Actual grants have been completed for much of Cannon County, including the East Fork of Stones River and Smith Fork.

Today’s Middle Tennesseans live in the heartland of America, a region singularly graced by beauty and tradition. Yet once it was a vacant quarter, abandoned by its prehistoric mound builders and avoided by the modern Native American tribes, who hunted its abundant game, but dared not to settle here.

Into this void came an adventurous band of settlers of European and African descent, bringing with them a different concept of property and law. With the surveyor’s transit, the long rifle, and the plow they conquered and tamed this wilderness. This book is their story – who they were, the old traces they carved in coming here, and exactly where they settled and built.

This comprehensive and detailed survey of individual settlers and placement of their land grants has never been written before in its entirety, and will be a colorful reference for history lovers, genealogists, and general readers for years to come. It is a roadmap and timeline of pioneer Middle Tennessee and hopefully, in reading it, a modern Middle Tennessean will recognize who he is and how he came to be.

Masters earned his BS Degree from Tennessee Tech University and retired as Engineering Manager at Aladdin Industries in Nashville, TN. A member of Bledsoe Lick Historical Association and Sumner County Historical Society he is currently serving on the Board of Directors for both groups.

Long active in Civil War History, the pioneer era has been his focus in recent years, culminating in the publication of this series of books. He has written and published three family Genealogy books including Masters Family History 1691 – 1989 which traces his immigrant ancestor’s descendants into most of the United States. His books are now represented in the holdings of over 60 libraries and institutions in 26 states and may be viewed at www.jackmasters.net