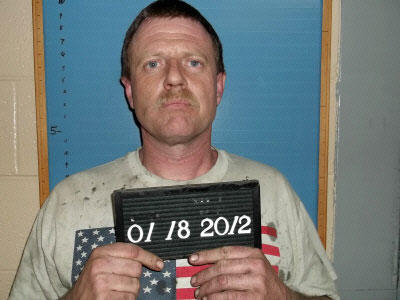 CHRISTOPHER D. DAVIS
A man is scheduled to appear in Cannon County General Sessions Court Tuesday to answer charges of allegedly attacking a woman and a car with a hickory stick in October.

Christopher Dean Davis, 2149 Frazier Rd., Beechgrove, was arrested on warrants charging him with Aggravated Assault and Vandalism on Jan. 18.

It is alleged that on Oct. 27, 2011, Davis assaulted one purported victim by hitting her in the stomach with a hickory stick. He also allegedly broke the windshield of a vehicle belonging to another purported victim with the stick.

Cannon County Sheriff's Sgt. Randy Neal investigated the incident. According to the Sgt.Neal's report, Davis was mad at the victims because he thought they were responsible for his arrest in Manchester for allegedly operating a meth lab.

At the time of the incident the victims were doing repair work at the home of Davis' parents on Parker Drive.