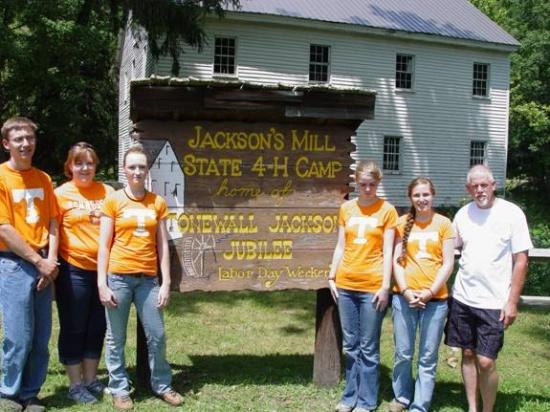 Tennessee was represented by Josh Garner of Liberty, Autumn Love of Woodbury, Erin Brown of Readyville, Charity Stephens of Liberty. The team was coached by Joe Bryson of Bradyville.

The Joe Yeager leadership award was given to Eli Hudson of Oklahoma.  This award is presented to the individual who demonstrated excellent communication, management, decision-making and interpersonal skills at the Invitational.

4-H is a youth education program operated by Cooperative Extension Service of the U.S. Department of Agriculture and the state land grant universities. More than five-and-a-half million young people participate in 4-H, and nearly 100,000 are part of the 4-H Forestry Program.

This event is sponsored by the Farm Credit Systems (FCS) and Chesapeake Energy Corporation.  Farm Credit Systems is a government-sponsored enterprise created by Congress in 1916 to provide American agriculture with a dependable source of credit. The FCS is a nationwide network of cooperatively organized banks and associations that are owned and controlled by their borrowers. It serves all 50 States and the Commonwealth of Puerto Rico.  The FCS provides credit and other services to agricultural producers and farmer-owned agricultural and aquatic cooperatives.

Chesapeake Energy Corporation is one the largest producers of natural gas in the nation and the most active driller of new wells in the U.S.  Headquartered in Oklahoma City, the company's operations are focused on discovering and developing unconventional natural gas and oil fields onshore in the U.S.

For more information on the National 4-H Forestry Invitational, go to: http://4hforestryinvitational.org/.