Liquor By The Barrel To Be On November Ballot 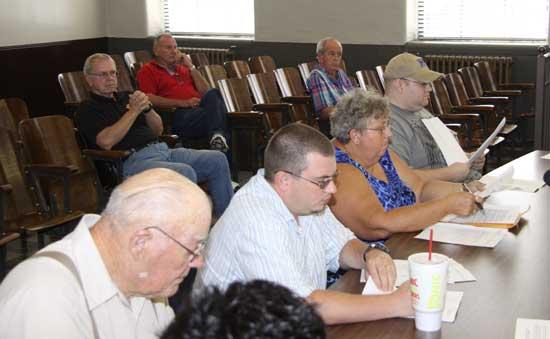 When Cannon County voters go to the polls for the Nov. 2 State and National General Election, they’ll find on their ballot something no other county in the state will have for the election.

In addition to selecting a governor, congressman, and state house and senate representatives, they will be asked to decide whether or not to allow the operation of a distillery to manufacture liquor within the county.

The Cannon County Commission, meeting in special session Saturday at the courthouse, voted to put the referendum question on the Nov. 2 ballot.

The commissioners were not voting to decide either the merits of the issue, or if the matter should be put before the public for a vote. That was determined when representatives of Short Mountain Distillery, the name of the proposed facility, collected enough signatures on a petition calling for a referendum.

Cannon County Administrator of Elections Stan Dobson certified that enough signatures of registered voters had been obtained by the proponents of the measure.

Nine of the 10 county commissioners voted to place the items on the ballot, with Karen Ashford passing.

The question which voters will see on the ballot will be:

— To permit and legalize the manufacture of intoxicating liquors and other intoxicating drinks within the boundaries of Cannon County.

— Not to permit and legalize the manufacture of intoxicating liquors and other intoxicating drinks within the boundaries of Cannon County.

County Executive Mike Gannon said that if the question was not on the November ballot, the county would have to spend $10,000 to $15,000 in the spring of next year for a special election.

In other business Saturday the commissioners:

• Approved Resolution 2010-8 to opt out of the new statewide building code standards for one-family and two-family dwellings in Cannon County.

An act passed last year by the Tennessee General Assembly, known as the “Tennessee Clean Energy Future Act of 2009, mandated the standards, but gave counties the option of opting out by two-thirds vote of the county commission.

The county had until Oct. 1 to opt out, or fall under enforcement by the State Fire Marshal's Office.

Commissioners Rebekah Parton and Kevin Mooneyham voted against opting out. Parton said she feared the county would lose out on grant money for energy efficiency.

Among those voting in favor were commissioners Todd Hollandsworth and Kevin George.

"We're deciding whether we want to be governed more or governed less," George said.

"Do we want to control the building in our own county or give control away to the state," Hollandsworth asked.

• Approved a Five-Year Strategic Plan for Cannon County, which is part of the county's effort to be re-certified for the Tennessee Three-Star Program.

Commissioner Bob Stoetzel and Gannon both thanked Neal Appelbaum for his work in preparing the plan.

• Approved Resolution 2010-6, to affirm compliance with Federal Title VI Regulations. Gannon said the measure was necessary in order for the county to be active in the Three-Star program again.

• Approved Resolution 2010-7, which makes it possible for Cannon County residents to apply for Flood Damage Proration.