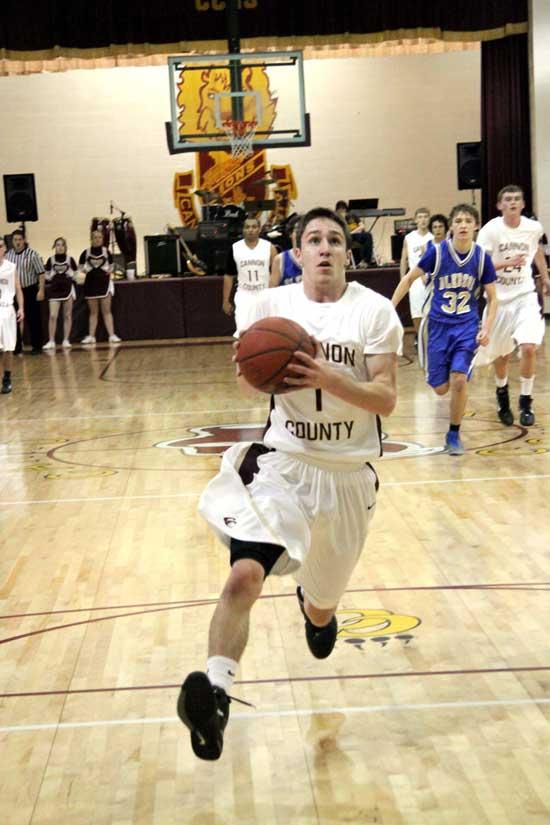 Senior Cody Ruehlen drives for a layup following a steal against Bledsoe County. Ruehlen scored 14 points and pulled six rebounds in the Lions win.
Cannon County won its third game in five days with a 60-40 whipping of Bledsoe County in non-district action at Robert A. Harris Gymnasium Tuesday.

The Lions (15-7) won their fourth straight with a host of players getting into the action. Justin Davenport led the way with 22 points, including four 3-pointers. Cody Ruehlen had a strong all-around game with 14 points on 7-of-11 shooting from the field. He also collected eight rebounds. Jared Nave added seven points and had 12 rebounds.

Cannon County held Bledsoe County scoreless for more than 10 minutes to start the game. After blanking Bledsoe on the way to a 16-0 first-quarter lead, the Lions extended the lead to 20-0 before the visitors finally scored with 5:47 remaining in the first half.

The Lions face a key District 8-AA showdown at Upperman, where first place in the league standings will be on the line Friday night.

A complete recap of the Lions' win against Bledsoe County will be in next week's Cannon Courier.