Lionettes Happy To Be Home For Sectional Game Saturday 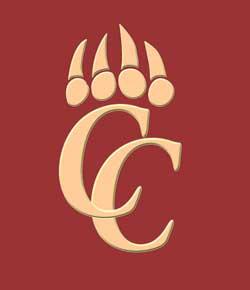 In fact, the way things were shaping up, the Chargerettes likely anticipated they would be hosting the Cannon County Lionettes in a game that will send the winner to the TSSAA State Tournament in Murfreesboro next week, and the loser home for the season.

Expectations have a way of changing, however, in post-season tournament basketball.

Such was the case in Region 3-AA and 4-AA girls basketball Wednesday night.

Cannon County, which had lost three previous meetings to district rival Upperman this season, pulled off a stunner by defeating the fifth-ranked Lady Bees in overtime, 47-46, for the 4-AA title.

Meanwhile, Polk County — which had lost to top-ranked McMinn Central twice during the regular season and again in the finals of the District 5-AA Tournament — notched an equally shocking 37-30 win over the Chargerettes.

That means while the Lionettes will be entertaining McMinn Central Saturday, the Lady Bees will be on the road at Polk County. Winners both move on to the state tournament.

First-round opponents for the state tournament will be determined at a drawing Sunday at the Embassy Suites Hotel in Murfreesboro at 2 p.m.

Cannon County coach Michael Dodgen said he was not surprised his team was able to pull out the win against Upperman Wednesday.

"The kids believed that they could win," Dodgen said. "They stayed focused and didn't get into a panic when we fell behind."

Dodgen said the McMinn Central girls have a good program with a lot of tradition.

"They are very guard-oriented, put a lot of pressure on the ball defensively, and want to play an up-and-down the court, fast-paced style of game."

Dodgen added that at this stage of the tournament, all of the remaining 16 teams are quality competition, and is hoping for continued strong support from the Lionette fans against McMinn Central.

"The community support was great Wednesday, and we hope everyone comes out Saturday. They are a very good team will pose quite a challenge."