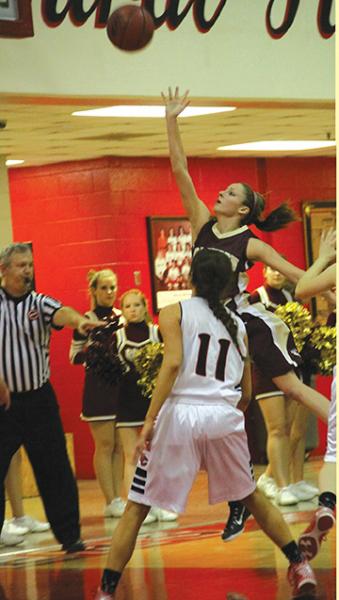 The Lionettes, who return only one starter from last year's Class AA tournament team, improved to 3-0 with a 66-53 win at Coffee County on Friday night.

"With a young team it's tough, but it's only going to make us better," Lionettes coach Michael Dodgen said. "This team - every game we're getting better and we're starting to do things to get ourselves going."

Coffee County (2-2) cut the deficit to 45-42 at the end of the third quarter, but the Lionettes outscored the Lady Red Raiders 21-11 the rest of the way.

"We just had to come together and kind of settle down," Davis said. "We had to slow the ball down and just get a composure about ourselves, and not let them speed us up and get us off our game."

"I just really wanted to beat Cannon because last year they beat us both times," said Brown, a 5-foot-5 senior who also plays wing. "I just wanted to beat them really bad. They can drive really good. We have to work on our defense."
Coffee County connected on nine 3-pointers.

"(Sarah) has definitely got the ability to light it up," Lady Raiders coach Herb Horton said. "We've just got to do a better job of getting shots for her. She's a good shooter."

Cannon County led most of the way, including a 27-23 edge at halftime.

"We took it really strong to the rim and I think we just did a good job at that," said King, a 5-foot-8 junior post. "We really followed through on our foul shots."

Cannon County starts three seniors, but only one has played a lot.

The Lionettes played Warren County in their home opener Monday after press time.

UP NEXT
Cannon County hosts Nashville Central Christian on Friday and Cookeville on Saturday in the Mitch Wilson Classic.