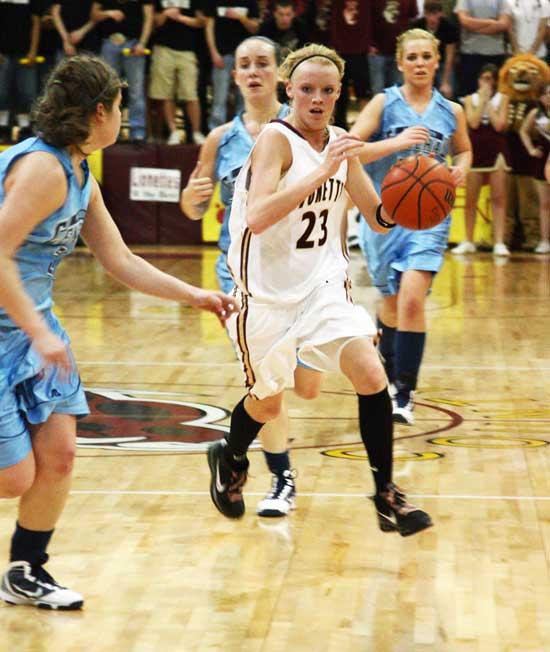 McMinn Central rallied in the fourth quarter to defeat Cannon County 62-54 and advance to the TSSAA Girls State Tournament in Murfreesboro next week.

Taylor King scored 15 points and Emily Sissom added 12 for the Lionettes in the loss, as Cannon County ended the season with a 27-5 record.

Turnovers plagued the Lionettes in the loss to the Chargerettes, who were ranked No. 1 in the state entering post-season action. Cannon County turned the ball over 15 times during the contest, including 12 in the second half and 10 in the third quarter.

The Lionettes fell behind 17-11 at the end of the first quarter and trailed most of the second before rallying to tie to game at the half, 33-all.

McMinn County grabbed the upper hand again early in the third, but the Lionettes rebounded to grab at 44-39 lead heading into the final stanza.

Cold shooting proved to be the downfall of the Lionettes in the fourth quarter, as they were held to 10 points while the Chargerettes put 23 on the scoreboard.

Print
Members Opinions:
ssconnection
[Delete]
Foul shots missed lost the game!!
choateo
[Delete]
Lionettes, we are so proud of you! Thank you for a great season. We are looking forward to next year already.