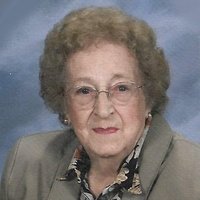 Miss Lillie Dale Willard, 97, of McMinnville, Tennessee, passed away Saturday, Jan. 4, 2020.
Born Dec. 14, 1922, in Cannon County, Tennessee, she was the daughter of the late William Augustus Willard and Gertrude Lewis Willard of the Auburntown community.

A lifelong Baptist, Miss Willard worked as secretary for the Tennessee Baptist Children's Homes in Brentwood, Tennessee, and later as the receptionist for First Baptist Church in Humboldt, Tennessee.

Miss Willard began her career as an educator teaching at sixth grade at McCann School in Nashville. In 1957 she relocated to Tullahoma, Tennessee, where she served as an elementary school teacher and librarian for 29 years before retiring in 1986. She was a member of Alpha Delta Kappa (International Honorary Organization for Women Educators) and the Coffee County Retired Teachers Association.

While living in Tullahoma, she was a member of First Baptist Church, where she participated in the "Just Older Youths" program, served though the Care Ministry, as a Prayer Warrior and as a Sunday School teacher for the ladies' class.

Miss Willard was an avid traveler whose journeys took her to all 50 states of America and several foreign countries. Her adventures were eagerly and generously shared with her nieces and nephews.

A member of the Highland Rim Tennessee Ornithology Society, she was an ardent bird watcher and remained so until her passing. She loved them one and all.

The family wishes to express a special "thank you" to dear friends Bro. Herb Hester, Wayne and Donna Cox, Linda Dodson and the staff of NHC McMinnville, especially Kim and Martina.