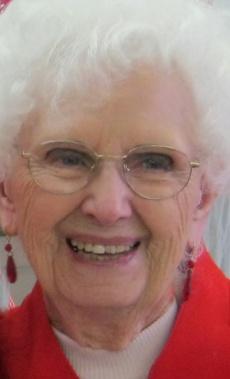 Mrs. Lillian Sanders, 99, of Woodbury died on February 24, 2013. She was born March 11, 1913 in Hillsboro, New Mexico. Her parents were the late Charles E. Meyers and Dovey (Goins) Meyers. She was also preceded in death by her husbands, Truman Elva Sullins and Glen White Sanders and by four sisters.

Mrs. Sanders was a Christian and active member of the Cannon County Senior Center. She and her second husband moved to Woodbury in 1974 from Southern California. During World War II she preformed service to the United States Military as a "Rosie the Riveter" assisting in building aircraft for the military with Douglas Aircraft in California. Following the war she focused on raising her family and enjoyed being a homemaker.


Visitation will be held at Smith Funeral Home on Friday, March 1, 2013 from 10AM until 11 AM. Funeral services will follow in the Smith Funeral Home chapel. Herb Alsup will officiate. Interment will be in Riverside Cemetery. In lieu of flowers memorial donations may be made to the Cannon County Senior Center. Contact Smith Funeral Home for details. (615)563-5337,
www.smithfuneralhomewoodbury.net