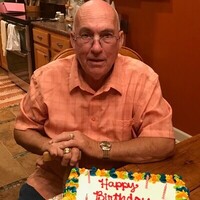 A retired fork truck operator from Bridgestone Corporation and a member of Unity Church of Christ, he was the son of the late Willie Robertson and Florence Ellen Daniels Conner. He was married to Margaret Howard Bilbrey Conner who preceded him in death May 5, 2001 and Patricia Ann Brandon Conner who preceded him in death April 26, 2017. In addition to his parents and wives, he was preceded in death by daughter and son-in-law, Kimberly Sue and Rocky Freeman; grandson, Nathan Conner; brother, Charles Jackson Conner; and sisters, Alta Claudine Dixson and Eva Eudean Gilley.

Online condolences may be made at www.highfuneralhome.com.

High Funeral Home is in charge of arrangements.