Is Marijuana A Safe Drug To Take? 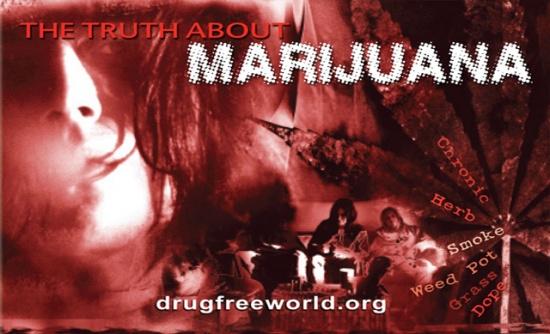 I found out there is a lot of false data on marijuana, such as "since it is coming from nature, it can't hurt you"  or "it helps my concentration" or "it allows me to be more creative," etc.

Well, this is my answer to those who tell me that it is safe because it’s “natural” - “Okay, how about those poisonous mushrooms that can kill or make you very sick when you eat them?”  Those are coming from nature and they do not help the body at all.

First let’s find out what marijuana is:

Marijuana is the word used to describe the dried flowers, seeds and leaves of the Indian hemp plant.  On the street it is called by many other names, such as: astro turf, bhang, dagga, dope, ganja, grass, home grown, j, mary jane, pot, reefer, roach, texas tea and weed. Regardless of the name, this drug is a hallucinogen - a substance which distorts how the mind perceives the world you live in.

Marijuana smokers have poorer memories and mental aptitude than do non-users.

Animals given marijuana by researchers have even suffered structural damage to the brain.

According to the US Drug Enforcement Administration, a large percentage of those arrested for crimes test positive for marijuana. Nationwide, 40% of adult males tested positive at the time of their arrest.

Of adults 26 or older who used marijuana before age 15, 62% went on to use cocaine at some point in their lives; 9% went on to use heroin at least once; and 54% made some non-medical use of mind-altering prescription drugs.

Next to alcohol, marijuana is the second most frequently found substance in the bodies of drivers involved in fatal automobile accidents.

Over the last 10 years, many children of marijuana users have been born with reduced inititiative and lessened abilities to concentrate and pursue life goals. Studies also suggest that prenatal (before birth) use of the drug may result in birth defects, mental abnormalities and increased risk of leukemia in children.

Many people will tell you marijuana is not dangerous. Consider who is telling you that. Are these the same people who are trying to sell you some pot?

Students who use marijuana have lower grades and are less likely to get into college than non-smokers. They simply do not have the same abilities to remember and organize information compared to those who do not use these substances.

When teens were surveyed to find out why they started using drugs in the first place, 55% replied that it was due to pressure from their friends. They wanted to be cool and popular. Dealers know this.

They will approach you as a friend and offer to “help you out” with “something to bring you up.” The drug will “help you fit in” or “make you cool.”

Drug dealers, motivated by the profits they make, will say anything to get you to buy their drugs. They will tell you that “weed won’t lead you to harder drugs.”

They don’t care if the drugs ruin your life as long as they’re getting paid.  All they care about is money.  Former dealers have admitted they saw their buyers as “pawns in chess game.”

Get the facts about drugs.  Make your own decisions.

For more information contact:  WWW.DRUGFREEWORLD.ORG  or me personally at 615-563-4292 or by e-mail at thetasaver@dtccom.net.

Print
Members Opinions:
TnT
[Delete]
So true! Its a shame so many people truly believe marijuana is safe. I have seen the harmful effects of it over and over in peoples lives. I hope its never legalized.
[Delete]
So people like Andy Warhol, the Beatles, Bob Dylan, Bob Denver (who played Gilligan on Gilligan's Island), Carl Sagan, Conan O'Brian, George W Bush, George Washington, Pablo Picasso, Thomas Jefferson, William Shakespeare, Willie Nelson, Neil Diamond,who all have smoked marijuana; as well as the millions of other people who use marijuana for medicinal uses have poorer memories and mental aptitude than do non-users?

FYI: What isn’t well known is that FDFW is run by the Church of Scientology which might explain the blatant attempts to deceive.

As such it is considered one of the cult's front groups.

The Church of Scientology has a history of unethical behavior, including history of hate- and harassment activities.

One of its front groups is involved in a long-running hate campaign against psychiatry and psychiatrists.