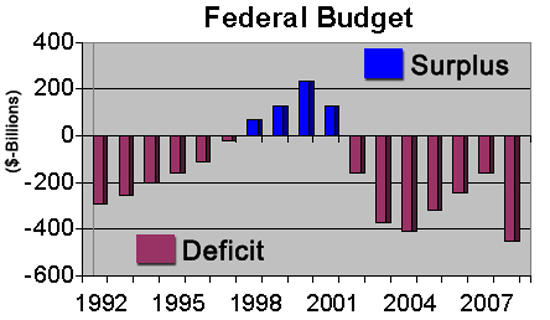 WASHINGTON – This week the U.S. House will take an important step towards reducing federal spending by passing H.R. 2920, the Statutory Pay-As-You-Go Act (“PAYGO”). This legislation re-establishes the principle responsible for budget surpluses at the end of the 1990s, which required that any new spending by Congress be offset with a reduction in existing spending.

“Our federal spending patterns can’t continue,” said Congressman Bart Gordon who is a long-time supporter of PAYGO. “We have been borrowing money from China, as well as other countries, since 2002 to pay for federal programs and initiatives. This bill draws a firm line in the sand – moving forward, if we are going to spend a dollar, we must find a U.S. dollar to pay for it.”

The first PAYGO rule was included in the Budget Enforcement Act, which was signed into law with Gordon’s strong support in 1990. Over the next decade, PAYGO resulted in a gradual reduction of the federal deficit, and in 1998, the federal government saw its first budget surplus since 1969. Unfortunately, despite Gordon’s objections, PAYGO was not reauthorized in 2002. Since then, the federal deficit has skyrocketed.

“As our economy continues to recover from the most severe economic downturn since the Great Depression, we must focus on creating jobs and making the U.S. dollar strong again. Reducing federal spending will help on both fronts,” added Gordon. “This legislation expresses our long-term commitment to balanced budgets and financial solvency.”

The PAYGO legislation to be considered in the House this week will require all new spending policies passed by Congress be offset over five and ten years. It will force a serious examination of wasteful spending programs in the budget and tax loopholes that can be eliminated to offset more worthwhile programs.