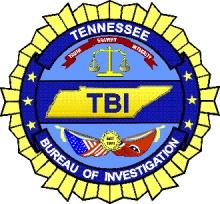 Kristin Helm, media representative for the TBI, said this morning that two agents are typically assigned to cases of this nature.

Helm said the TBI worked 24 officer-involved shootings in 2010, 19 in 2011 and that the local case is the second of this calendar year.

One of the agents assigned to every case comes from outside the judicial district where the shooting occurred so as to avoid the appearance of any partiality shown by an agent to a department he regularly interacts with.

“We (TBI) do not have an original jurisdiction,” Nelm said. “We go to jurisdictions at the request of a sheriff or a district attorney to perform an independent and objective review of an incident.”

Helm said the TBI fills a role generally performed in metropolitan law enforcement agencies by a division of internal affairs, but which in not available to small sheriff’s and police departments, in these types of investigations.

“Our field agents are trained to work a variety of cases, from thefts to white collar crimes, corruption cases and homicides,” she said.

Once the investigation is completed, the TBI will turn over its findings to District Attorney General William Whitesell.

The report the agents prepare for the DA will make no determination as to whether the actions of the officers involved were justifiable, avoidable or negligent, Helm said.

“We investigate all aspects of the situation and then do a report which lays out the facts for the district attorney. We don’t have any say in determining if there is any blame or fault. The DA determines if the incident merits prosecution on any level.”

Although they regularly work together in investigating and prosecuting cases, the DA’s office, like the TBI, is a separate and independent agency from the sheriff’s department.

Helm said the investigation into the death of Richard Butcher of Petty Gap Road Monday night will follow the same procedures as that of any shooting.

“The agents will talk to the officers involved, other law enforcement personnel at the scene, witnesses, family members, rescue workers, ambulance attendants and get their accounts,” Helm said. “They will also collect evidence, photograph and diagram the scene, determine the locations from which the shots were fired, review transcripts of 911 calls before and after the event, and then put their findings together into a detailed report.”

Othert factors which will be taken into account are lighting, visability and weather conditions.

Helm said the state Medical Examiner’s Office will perform the autopsy on Butcher and take blood and tissue samples for toxicology tests. Because of the time it takes to complete the tests, it could be along long as five months before the TBI’s report is done.

“A majority of the work performed by the agents is completed within the first few days,” Helm said, “but it can take from three to five months to get the test work done.”