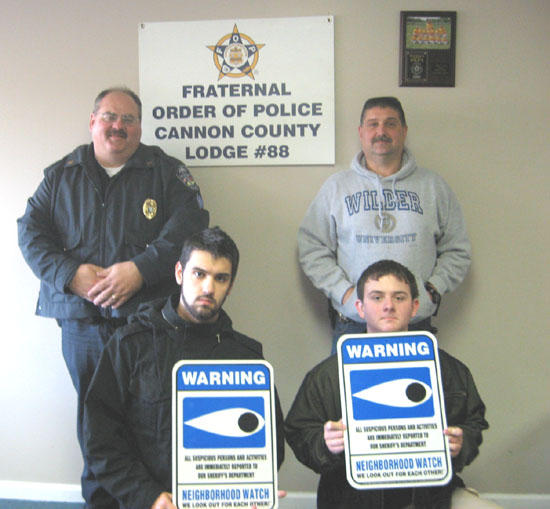 Assisting in the installation of the signs were Investigator Wilder, 2008 FOP President John House of the Woodbury Police Department, Jake Wilder and Phillip Howell.

The FOP has sponsored the Explorer post for the past three years and will be attending the National Explorer Conference in Gatlinburg in February 2010.

Currently there are nine students participating in the Explorer Post #88.