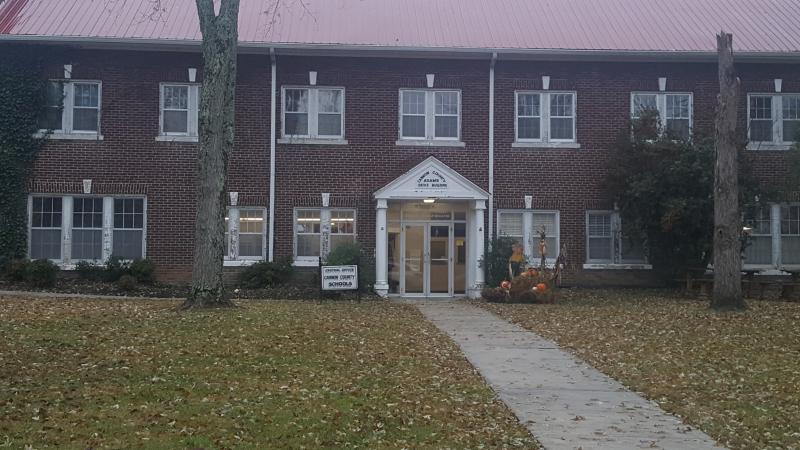 With the State Fire Marshal's office weary of waiting for Cannon County Government to bring the Old Adams Hospital Building to compliance after a little over seven years of inspections, the Tennessee Department of Commerce and Insurance Division of Fire Prevention has filed an order of removal or remedy of dangerous and defective conditions against the County. The order, which was dated November 20th 2019, demands the conditions be addressed and fixed within six months. The enforcement of the order states "If compliance with this Order is not expedient and does not permanently remedy the conditions set forth above, the State Fire Marshal may, after giving written notice, require the person found to be responsible for the dangerous or defective condition to appear in court at a specified date and time to respond to a citation."
At this point there has not been a citation written, however, "In addition to any other remedy available, if the State Fire Marshal finds that the safety and welfare of the public may be threatened, then the State Fire Marshal or district attorney may file a petition for injunction in the appropriate court against any person responsible for the dangerous or defective conditions for the purpose of enjoining such violation. Furthermore, failure to comply with this Order could result in the disconnection of electricity."
According to the notice, history showed back in 2012 the State Fire Marshal's Office responded to a complaint from the Cannon County Election Commission and inspected the building finding seven violations. In the span of seven years, several plans of corrective action were submitted to the state but none were completely acted upon.
Currently four violations need to be addressed. The biggest two concern sprinkler heads which are being obstructed by the drop ceiling in the building and the cane fiber ceiling tiles which are violations of building codes. These along with the annual inspections sprinkler system and alarm systems make up the four deficiencies that need to be fixed.
Unofficial cost estimates run anywhere between $10,000-$250,000.00.
County Executive Brent Bush filed a notice of appeal addressing Gary Farley the Assistant Commissioner for Fire Prevention Department of Commerce and Insurance.
In the appeal, Bush noted that while the County Executive acknowledges receipt of the Order of Removal, however, the proper party in interest is the County Legislative Body which have power to control and dispose of public county buildings. The County Commission would have the power to appropriate funds for the extensive repairs described.
Bush also noted in his response that the primary occupant of the structures is the Cannon County Board of Education which is a separate legal entity from the Cannon County Government.
County Attorney Chris Coats is unavailable for consultation as he has indicated in a prior Commission meeting that he will not be back until after December 1st.
Two other items in the appeal mention that complying with the Order of Removal within the time required will disrupt the upcoming 2020 elections and the education of students in Cannon County during the current school year. Both the election office and central schools office are located in the Adams Office Building.
A special called workshop has been set by the Cannon County Board of Education for 7:00P Monday November 25th at the Schools Central Office 301 West Main Street to discuss these recent issues.