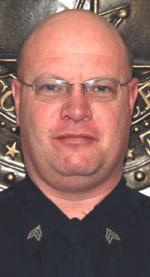 In sentencing Mooneyham, Judge Sharp noted that there was an abuse of the public position that Mooneyham held which could not be ignored and should be reflected in the sentence imposed.

Mooneyham admitted during the plea hearing that from January 2013 through February 2015, while acting in his official capacity as the Woodbury Police Chief, he submitted fraudulent timesheets for more than $28,000 in overtime hours that he had not in fact worked. The funds used to pay the false overtime hours claimed by Mooneyham were derived from federal grants provided by the National Highway Traffic Safety Administration through the Governor's Highway Safety Office, specifically for the purpose of enhanced DUI enforcement efforts.

The case was investigated by the Tennessee Bureau of Investigation. Assistant U.S. Attorney Bill Abely prosecuted the case.

Print
Members Opinions:
ewimbush
[Delete]
He should have received years not months in prison. He violated his oath of office then lied when first questioned. He thought he was above the law.