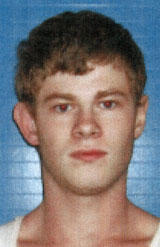 Two deputies with the Cannon County Sheriff's Department required medical treatment on Oct. 12 after they were overcome by fumes from a suspected meth lab.

Upon their arrival, McPeak was observed sitting in the passenger seat of Justin Tyler Barrett's truck and Barrett was in the driver's seat.

When Investigator Young started to place McPeak in handcuffs, he pulled loose from the investigators' grasp and ran north through a wooded area. Investigators Young and Cawthon, along with Chief Deputy Kirby, pursued McPeak while Barrett remained at the residence.

Deputy Eric Moss arrived at the residence, walked around, and observed lithium batteries in a burn pile. The lithium strips had been removed from the batteries. Deputy Moss was also able to smell an odor consistent with that of a methamphetamine lab.

Chief Deputy Kirby and Investigator Young arrived back at the residence and they, along with Deputy Moss, observed that the front door was partially open.

Chief Deputy Kirby announced that they were with the sheriff's department and made entry. Upon entering, they were confronted with a strong chemical smell, consistent with that of a meth lab, and what appeared to be a vapor cloud. They immediately exited the residence.

Chief Deputy Kirby and Investigator Young became ill from inhaling the fumes within the residence and began to vomit. An ambulance was called to the scene and both were taken to the hospital after first undergoing decontamination at the location.

Rutherford County deputies arrived on the scene with a K-9 and attempted to track McPeak. The K-9 lost McPeak's scent at a creek and the search was called off.

Sergeant Randy Neal and Deputy Moss found a can of Coleman fuel and a HCL generator, items commonly used in the manufacture of methamphetamine, in the edge of the woods across from the residence.

Barrett and Cynthia Denise Thomas returned to the residence at this time.

The back door and windows were opened to allow the residence to ventilate and Sheriff Darrell Young and Deputy Travis Turney entered. Sheriff Young recovered more lithium batteries from a trash can which also had the lithium stripped out of them and a coffee filter which contained a white powdery substance.

Barrett and Thomas were both transported to the sheriff's department. Thomas was charged with Initiating the Process to Manufacture Methamphetamine, Maintaining a Dwelling for the Manufacture of Methamphetamine and Accessory After the Fact because she and Barrett had been made aware McPeak was wanted and they were harboring him.

Barrett was charged with Initiating Methamphetamine Manufacture and Accessory After the Fact. Both he and Thomas were then turned over to Booking.

Deputy Moss was later informed that Barrett had brought a clear plastic sandwich bag, containing approximately 10 pills, into the jail, and that Thomas had smuggled in a cell phone and cell phone battery. Both were subsequently charged with Introduction of Contraband into a Penal Institution.

Thomas was already facing charges of Promotion of Methamphetamine Manufacture, Theft of Merchandise and Driving While License Suspended stemming from a grand jury indictment on Sept. 16.

Print
Members Opinions:
DB
[Delete]
Is this Tony Barrett's son? If he is, it is sad that the system did not do more to help him not follow in his Dad's path.
punkin01
[Delete]
Also his Momma's path....So sad the young kids get mixed up this drug.The parents need to be more involved with their children lives.

DB
[Delete]
In this case it may have been better if the parents were less involved.