Deputies Chase Wanted Man On Foot For A Mile 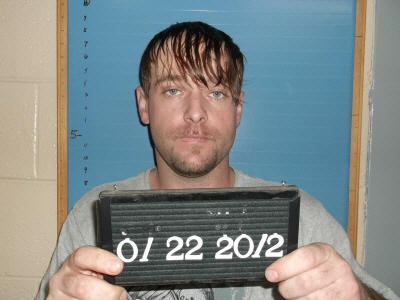 Sanders allegedly fled on foot from the deputies while they were in the process of attempting to execute an arrest of Sanders.

Deputy Smith was on Payton Lane in reference to a property recovery when he received information that Sanders was living at a residence there and he had a warrant for his arrest in Warren County.

Deputy Smith went to the trailer and Sanders was not inside. Witnesses said he was running in a field.

Deputy Turney arrived and parked behind a barn on Payton Lane. Deputy Turney ran in the direction of Deputy Smith’s voice. He observed Deputy Smith running along a fence line with his service revolver unholstered and he also observed Sanders approximately 20 feet on the other side of the fence.

Deputy Turney climbed the fence and continued to order Sanders to stop. Sanders continued over two additional fences, across a hill and down an embankment toward a creek.

Deputy Turney continued to chase Sanders and advised him he would not stop until he decided to surrender.

After Sanders was chased for approximately one mile he lost footing in the mud and Deputy Turney drew his service weapon and ordered him on the ground and Sanders stated he was out of breath and was giving up.

Sanders was placed into custody without further incident. He was served two warrants for resisting arrest and a hold was placed on him for Warren County.