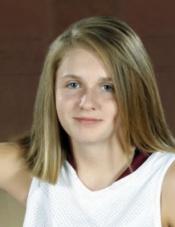 The Lionettes had five runners finish amongst the top 15 performers to finish second overall. Only Class AAA Columbia Central finished ahead of the Lionettes.

The Lions were equally impressive as they finished sixth out of the 15 teams in the field. They were led by sophomore Jordan Turney, who turned in a 20:33.0 on the 5,000 meter run.

"The (girls and boys) are running like veterans in their first year (of the program)," CCHS Head Cross Country Coach Marc Larson said. "They are coming into every race with no knowledge of the course and laying it on the line. I am proud of their progress and their accomplishments."

The Lionettes continue to be one of the top stories of the fall season. Their first year of competition has been impressive and it continued at teh All-Comers meet. They pushed Columbia for top honors and easily outdistanced the remainder of the field, finishing 47 points ahead of third-place Forrest High School.

Macy Clements led the way with a sixth-place finish. She ran the 5,000-meters in 24:39.0. Sophomore Madison Walkup was second among the Cannon County runners and finished eighth overall with a 24:46.0. Freshman standout Hannah Faulkner was 10th with a 24:52.0, giving the Lionettes three of the field's top 10.