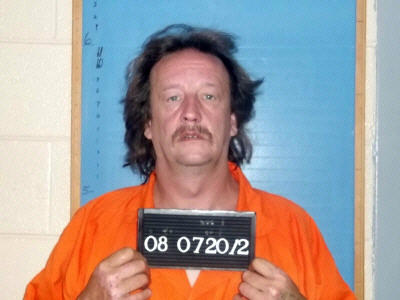 A Manchester man has been charged in connection with the theft of a 4-wheeler from Auburntown.

On Aug. 2, Cannon County Sheriff’s Deputy Tommy Miller and Sgt. Randy Neal were dispatched to an address on East Main St. in Auburntown following a report of the theft of a 2002 Kawasaki 4-wheeler.

Following the initial investigation Sgt. Neal received information about the case. He was informed that David R. Walls of 1570 Lumley Stand Rd., Manchester, may have been involved.

Sgt. Neal contacted Deputy Jim O’Neal with the Coffee County Sheriff’s Department and then met with him at the Cannon/Coffee line. They went to Walls’ residence. Upon arrival they went to a neighbor’s house and spoke with a person who was identified as the person Walls was with when the 4-wheeler was taken on July 30.

That individual told the officers Walls told him he had purchased the 4-wheeler and needed help loading it. He said he did not know where the 4-wheeler was and had not seen it since the night he returned from assisting Walls.

Upon being arrested on Aug. 6, Walls informed Sgt. Neal and Sheriff Darrell Young that the 4-wheeler was inside a barn at his residence. The vehicle was subsequently recovered and Sheriff Young then released the vehicle to the owner.