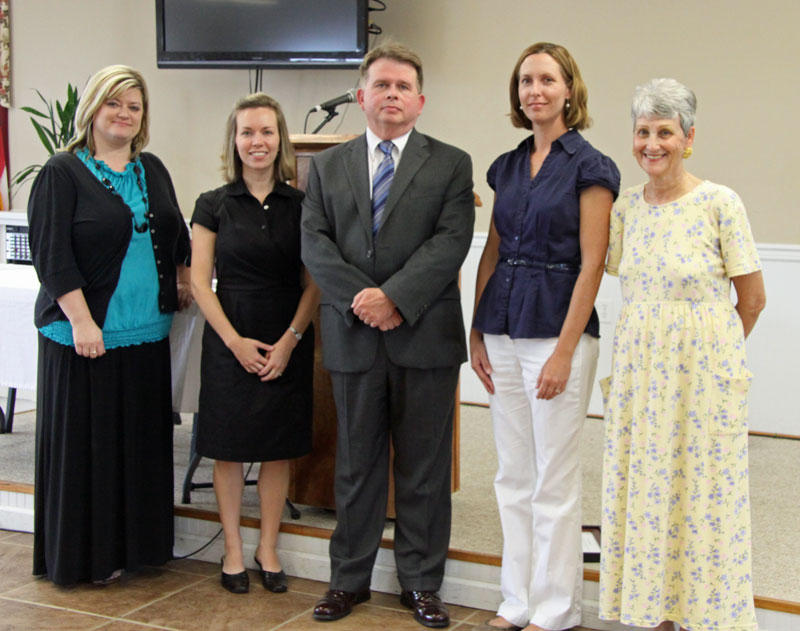 From left, Korie Gilley Aycock was named the Jo Ann P. Hancock Career Woman of the Year; Dr. Holly Blankenship, the newest addition to the medical staff of Stones River Hospital, was keynote speaker; Doug Combs, of title sponsor WBRY; Paula Todd was named the Billy J. Young Community Activist of the Year; and Hilda Parham, of the Cannon County Sheriff's Department, was named the Secretary of the Year.

Print
Members Opinions:
Roy
[Delete]
Mrs Hilda has earned this honor and award in every aspect and deserves it. There is not a cent that cannot be accounted for at any level. I have learned countless levels of knowledge and accountability from Mrs Hilda. And from the bottom of my heart, Thank You for what you do, because it does get noticed and I still use what you have taught me over the years every day.
tntneal
[Delete]
Congratulations to all the above ladies. We know Korie & Mrs. Hilda personally & they are intelligent, sweet, wonderful people who go above & beyond in everything they do. We are very happy for you! You deserve it.