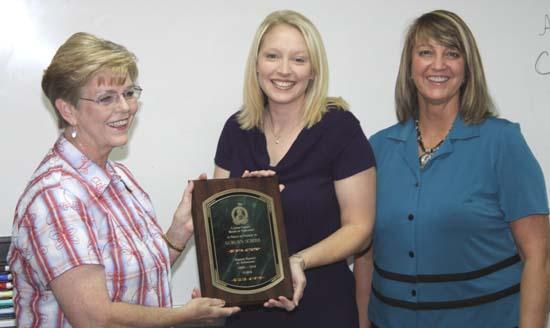 Auburn, with 95.81 percent attendance, edge out Woodland with 95.75 percent for first place.

East Side finished third with 95.61 percent and West Side fourth at 95.35 percent.

Melinda Crook accepted the award for Auburn School. Roger Turney was the principal there last year before returning. Crook is the new principal, having served previously there as a teacher.