Beavers' New Anti-Meth Bill Becomes Law
Posted on:
NASHVILLE, TN, June 10, 2011 -- Major legislation passed in the Tennessee General Assembly to stiffen penalties for making methamphetamines in the presence of a child and which implements a statewide electronic tracking system to curb meth production has been signed into law.
...
Budget Committee Continues Slashing 2011-12 Requests
Posted on:
The Cannon County Commission's Budget Committee continued to cut through budget requests Thursday night.
...
Five Plead Guilty In Circuit Court
Posted on:
Judge Don Ash presided over Cannon County Circuit Court on Friday. Some of the results from the various cases which appeared on the docket included:
... 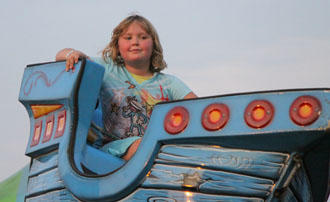 Sam goes high in the air on her pirate ship.
FOP Spring Carnival Continues Through Saturday
Posted on:
The Pirates Bluff was one of several attractions that kept youngsters happy during the 2011 FOP Spring Carnival at the Cannon County Fairgrounds.
... 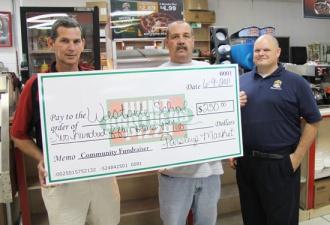