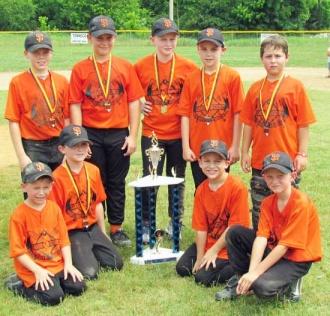 Giants Place First In Minors
Posted on:
The Giants baseball team in the Minors division took first place in regular season and first place during tournament, losing only one game during the season.
...
May 2011 Property Transfers Total Nearly $2.7M
Posted on:
Cannon County property transfers for May 2011 totaled $2,684,914.76.
...
THP To Conduct Sobriety Checkpoints June 17
Posted on:
The Tennessee Highway Patrol will be conducting Sobriety Checkpoints June 17, 2011.
... 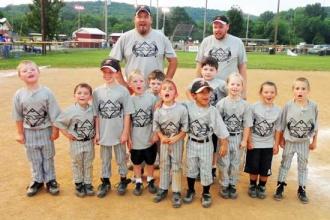 Volcanoes Place Second In Coach-Pitch
Posted on:
The Volcanoes are the second place overall winner in the CCDYA 5/6 Coach-Pitch division.
...