4-H News: County Bread Baking Contest May 17
Posted on:
One of the most popular 4-H contests is always the bread baking contest.
... 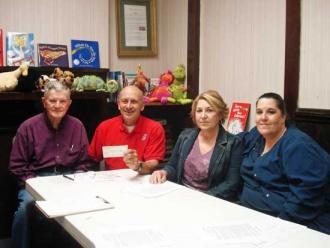 Auburntown City Council Donates to SAVE
Posted on:
SAVE would like to thank Auburntown City Council for their recent donation of $500.
...
Five Woodland Students Reach The Top
Posted on:
Each year, students at Woodland participate in the climbing of the peg board in the Woodland Elementary gymnasium.
...
Judge Clayton Was A Wonderful Man: Judge Ash
Posted on:
Judge James K. Clayton, Jr. was honored prior to the beginning of Cannon County Circuit Court Thursday morning.
...
Last Day To Donate Items To Project Cannon Cares
Posted on:
By:
Courier Staff Report
Project Cannon Cares continues to collect items to deliver to victims of last week's tornadoes. Collections continue through today at the Community Center.
... 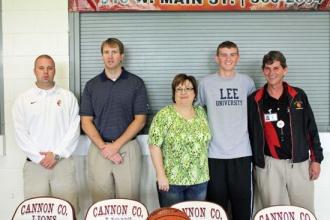 Nave Reunited With Former Coaches
Posted on:
At his signing on Wednesday, May 4, Cannon County High basketball player Jared Nave was honored to have some former coaches in the audience.
... 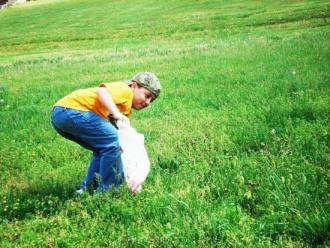 PHOTO GALLERY: SAVE Easter Egg Hunt
Posted on:
On April 23, the Future Society of MTSU in Murfreesboro held an Easter Egg Hunt for some of the smallest clients receiving services from County Cannon SAVE.
...
Teacher Tenure Recommendations On Board Agenda
Posted on:
When it meets next Monday at Cannon County High School.
...
WHC Patient Honored For Lifetime Achievements
Posted on:
The Tennessee Health Care Association (THCA) has named Nolan Warren, a patient at Woodbury Health Center, to its annual Who’s Who in Tennessee Nursing Homes.
... 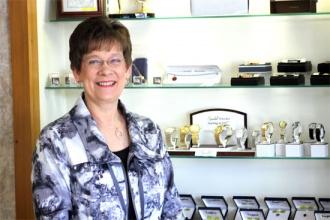 Jennings Jewelers: ‘Selling A Piece Of Love’
Posted on:
By:
WILL COOK, Courier Contributor
Mother's Day is coming up fast. Do you know what you're going to get Mom to show her how much you appreciate everything she's done for you?
...