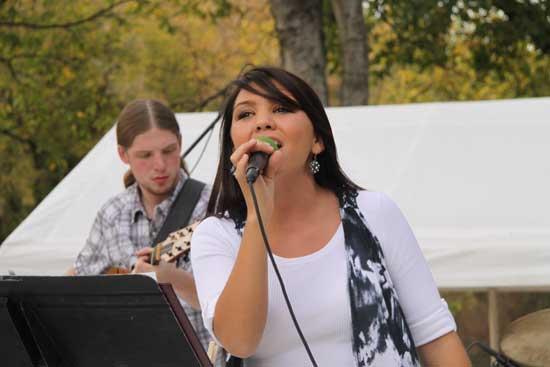 Country music singer Riley Jackson was a hit with the crowd. She was the second of five bands to hit the stage for Music at the Mill Saturday.
Music Rocks The Mill For United Way
Posted on:
By:
TONY STINNETT, Courier Co-Editor
The first Music at the Mill was a tremendous success at Readyville Mill Saturday (Oct. 23). The event was presented by Live United, United Way and benefited The United Way's Cannon County Agencies.
...